Ford has big plans when it comes to the electrification of the vehicles in their lineup一 and the accessibility of both commercial and passenger electric vehicles as a whole. This Michigan-based automaker is in the process of electrifying many of its most popular vehicles and has pledged to invest $22 billion in electrification by 2025. They have also set the goal of achieving carbon neutrality around the world by the year 2050. You may be seeing more Ford electric vehicles on the road in the very near future.

Ford’s plans do not just talk. They are taking practical steps toward helping make electric vehicles more accessible for drivers regardless of their budget and lifestyle. Keep reading to learn more about the many strategies Ford is using to help turn its goals of increased vehicle electrification and carbon neutrality into reality.

The most obvious of the strategies Ford is using to decrease their carbon footprint and work toward building a more sustainable world is the introduction of multiple all-electric vehicles to their lineup. Ford is increasingly electrifying both its passenger and commercial vehicles and aims to do so while keeping its vehicles available at prices that are accessible for drivers on a budget.

The Ford Mustang Mach-E, Ford F-150 Lightning, and Ford E-Transit vehicles are all-electric versions of three of Ford’s best-selling vehicle models. Ford’s focus on electrifying their most popular commercial and passenger vehicles before the other models in their lineup is likely a strategic move to incentivize more drivers to purchase all-electric vehicles and contribute toward a more eco-friendly world.

One of the main concerns among drivers who are hesitant to purchase an all-electric vehicle is how to charge their vehicle. In order to help make electric vehicles more accessible for all drivers, Ford has introduced multiple charging solutions for EV drivers.

Ford offers one of the fastest home charging solutions in the auto industry一which is useful because 80% of electric vehicle charging is done at home. A Ford Connected Charge Station can be installed in your home and can provide approximately 30 miles of range for your vehicle per hour of charging when installed in a 240V outlet. 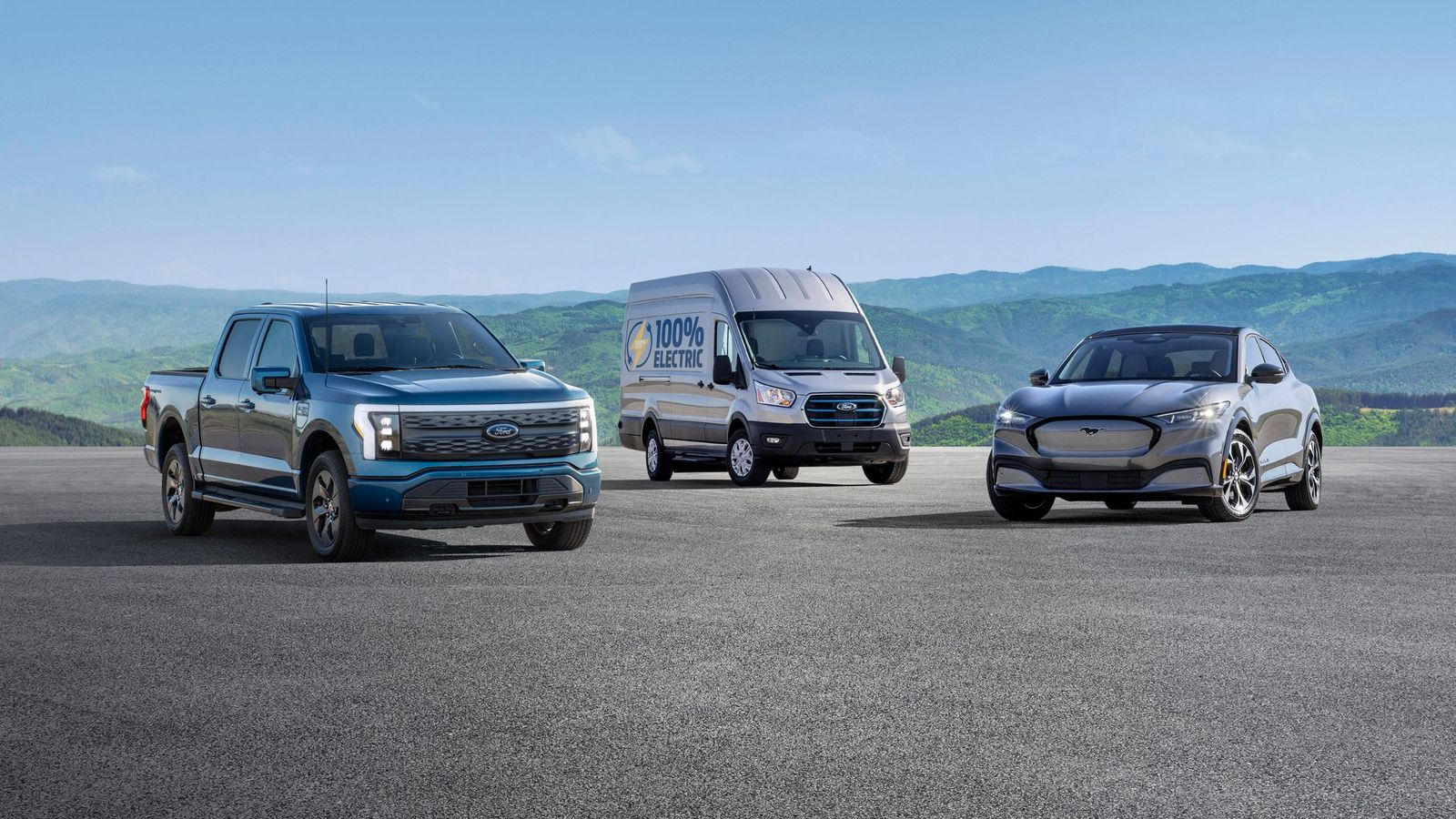 All-electric vehicles from Ford are also available with built-in cloud-connected navigation that routes drivers to the nearest charging station in order to make it easier for all-electric vehicle drivers to find a convenient place to charge their vehicle without straying too far from their route.

They own four electric vehicle manufacturing plants across North America一including one in this American automaker’s home state of Michigan. Ford has invested $700 million into this one Michigan-based vehicle manufacturing plant alone and has created 500 new jobs there to assist with the high-volume production of the current and upcoming all-electric models in their vehicle lineup.

In addition to investing in other companies that are working in the field of battery cell technology research and development, Ford has opened its own global battery center in Michigan called Ford Ion Park. The team at Ford Ion Park is working toward developing new manufacturing techniques for batteries and new, more efficient battery cell designs for all-electric vehicles.