American automaker Ford has been an integral part of the auto industry for more than a century. Over the past one-hundred-plus years, Ford has produced vehicles across the board for the global auto market. From classic sedans to trendy crossover SUVs, Ford does it all when it comes to different vehicle models.

However, nothing says Ford like a pickup truck. Ford is renowned for many things, but this major American automaker is by far best known for the trucks in its lineup. In fact, a Ford pickup truck has come to be known as a quintessential American vehicle.

The manufacturer’s current Ford trucks lineup includes the F-150, which has been a classic staple in Ford’s lineup for almost three-quarters of a century since it first debuted on the American auto market way back in 1948. The Ford F-150 is by far the most recognizable pickup truck in Ford’s lineup. It is the model that has almost become synonymous with the Ford make and brand itself.

Americans are known around the world for their—some might say—obsession with driving pickup trucks. Not every American drives a pickup truck, but those who do tend to be very dedicated to and protective over the truck they drive.

In some American households, the pickup truck becomes a part of the family. Some people even name their trucks. While many American drivers are perfectly satisfied with their compact car or SUV, the love for trucks just seems to run a little bit deeper. Keep reading to learn how devoted Americans really are to the trucks they drive.

What Would Americans Give Up for Their Pickup Truck?

In early 2020, American automaker Ford teamed up with PSB, a global analytics consulting company, to perform a survey of pickup truck drivers throughout America. Ford and PSB polled 2,000 pickup truck owners across the United States to determine what Americans would be willing to give up for their pickup truck.

Results of this surprising poll showed that American pickup truck owners would overwhelmingly—more than 70%—prefer to give up alcohol and coffee than to relinquish their pickup truck. Almost 50% of poll respondents noted that they would be willing to give up their cell phones for their truck, and more than 40% said they would give up eating meat rather than drive any vehicle other than a truck.

Which Trucks Do the Biggest Pickup Truck Fans Drive?

This Ford-run poll definitely surveyed some of the most diehard truck fans across America. In fact, 15% of participants in this survey admitted they have a tattoo of their pickup truck inked permanently somewhere on their body.

So the question remains: Which trucks do the biggest American pickup truck fans drive? Almost 40% of participants in this poll drove Ford F-150 models. The other approximately 60% of truck drivers that this survey polled drove competing truck models from Chevrolet, Ram, or Toyota. These results demonstrate that the Ford F-150 definitely still comes out on top as the quintessential American pickup truck.

What Do American Truck Drivers Want for the Future? 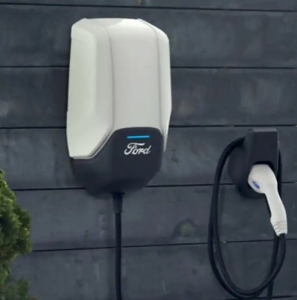 Ford and PSB’s poll included a question that asked truck drivers what they wanted to see in future trucks that hit the mainstream auto market for widespread distribution.

About 40% of participants responded that they are looking forward to seeing more all-electric, battery-powered pickup trucks hit the market in the near future. 40% of participants also noted that they would be willing to switch out their current truck for a battery-powered truck if the new electric truck would offer the same level of performance as their current model.

All in all, the love for Ford trucks is everlasting. Visit us today to have a look at our lineup of Ford Trucks!